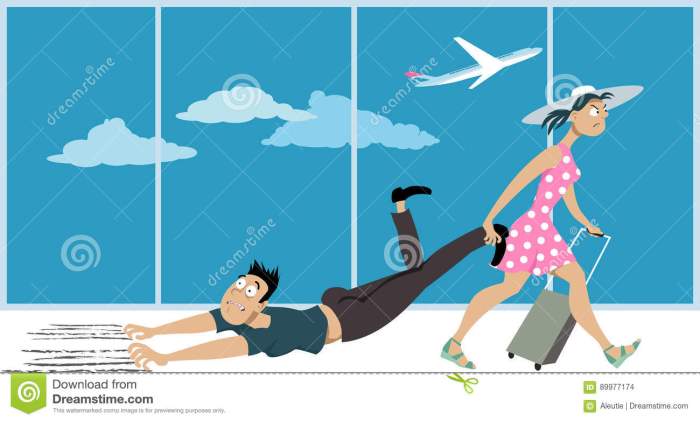 London is a big city rather an ensemble of small towns joined together to form Greater London. To try to unravel the mysteries of the city, the best thing to do is to get on a red, double-decker bus and see the interesting places to visit from above. Following that idea, I waited for the first double-decker bus at the corner of Bath Road. It was the number 105.
The first stop was at Heathrow Airport. There were three terminals. On the upper floor of the terminal for international flights there was a waiting lounge flanked by shops. There were also rows of chairs for the passengers to sit while waiting for their flight.
I sat on one of those chairs and watched the people walking down the lounge and going in or out of the shops. There were people of all kinds of races. Many wore the traditional clothes of their homeland. I observed all those passengers and asked myself why I couldn’t travel by airplane. I thought about my absurd fear of flying. What was the cause? All those people around me were traveling by plane with no problems. Why not me?
I felt like a pigeon pushed away from its nest by the beak of its mother. Instead of opening its wings and flying, it hides in a bramble bush where it feels safe and from where it watches the other birds flying high.
While I was watching the crowd, a young couple came and sat close to me. He had Eastern features and wore a long, brightly colored robe and a fez on his head. Of the woman, I was able to see only her eyes; the rest of her body was covered with veils.
“Are you also waiting for your flight?” the man asked me.
“No, I am not. I’m just watching the passengers.”
“Are you a writer? Are you going to write a novel?” asked the veiled woman whose eyes looked like black quicksilver and flashed like those of a ferret. Her eyes reflected her gaiety.
“We got married just a short time ago,” said the man, “and we are going to Malaysia.”
“Where is Malaysia?”
“Near Thailand.”
“How long does it take to fly to Malaysia?”
“About fourteen hours, but we will transfer in Bangkok.”
“Aren’t you afraid that the airplane might fall?”
“There is no danger!” they both answered with one voice.
They said goodbye with great warmth, and I remained sitting there for a while, keeping watch of the continuous flow of people. At last, I decided that my abnormal situation should not last any longer; I had to finish being handicapped! I had to put a stop, once and for all, to my fear of flying. But what should I do? How could I do that? I had the sensation that, if I got onto an airplane, I would die of fear. I thought I would not be able to bear the changes in atmospheric pressure in my ears. Nevertheless, I was determined to win this battle. So, I started watching the airplanes during takeoffs and landings. In order to keep up my observations, I left the airport and went to a nearby two-story building.
On the ground floor, there was a permanent exhibition dedicated to civil aviation. On the walls, I saw pictures of famous figures when they got on or off an airplane. Among them there were Queen Elizabeth and her husband, the Duke of Edinburgh, taken in the late fifties when they disembarked from a four-engine aircraft with propellers.
There was also a simulated flight deck. I vied with the children to get on that flight deck! Inside, everything looked real: the seats, the cockpit, the console full of electronic instruments, and the wide windscreen. I followed the stages of the flight: takeoff, flying at high altitude, and landing.
Everything was reproduced perfectly, even the conversations between the captain and the control tower. I listened to the instructions the control tower gave to the captain before landing. I often went back to that flight deck and focused my attention on those talks.
On the upper floor, there were large windows through which I was able to see two runways from a short distance, one for landing and the other for taking off. I noticed that most of the airplanes, after taking off, made a turn toward the right, and then went straight on their way. Nearing the airport, the airplanes descended slowly and landed smoothly. I admired the takeoff of a Concorde, which usually left for New York in the late afternoon. I was struck by the elegance of that supersonic airplane and noticed that its four engines emitted a red glow at sunset.
The following year, I was in London again, but this time as a volunteer of RSPB (Royal Society for Protection of Birds). I had conquered my fear of planes as a result of my experience with the simulated flight board the year before. I boarded a low-cost flight from Palermo to London Stansted Airport. It took three hours to go from Sicily to England. The previous year the journey had taken three days by train and I had spent nearly 300 percent more!…