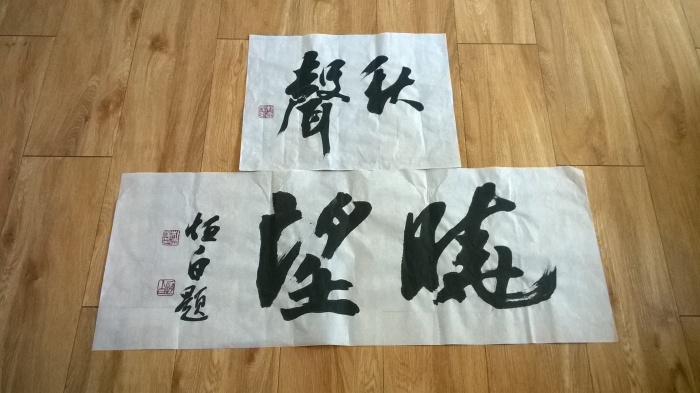 Yesterday, I met an artist, a Korean calligrapher. He wrote poems in Chinese characters with a brush made of sheep hair and a special black ink, called muk. His writing was not conventional, for he added something of himself to it.
He also wrote something for me. 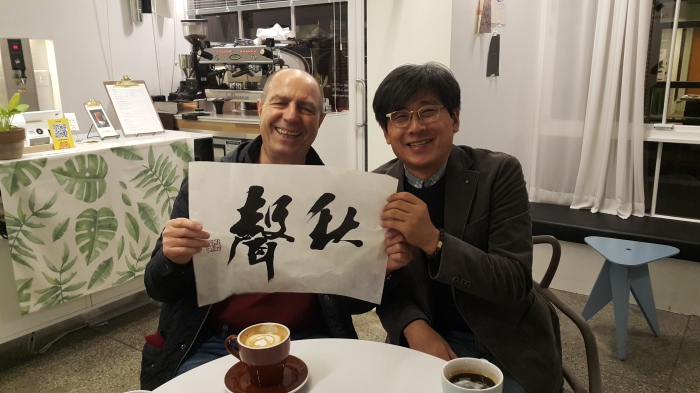 “What is the meaning of these letters?” I asked.
“They mean The sound of Autumn,” he answered.
A long time ago, my friend’s father used to work as a calligrapher in the state archives office of my hometown. Sometimes, he showed us his works of calligraphy. The characters he wrote had something artistic. It was as if he conveyed his spirit to them.
What is art? It is giving life to something that is inanimate. 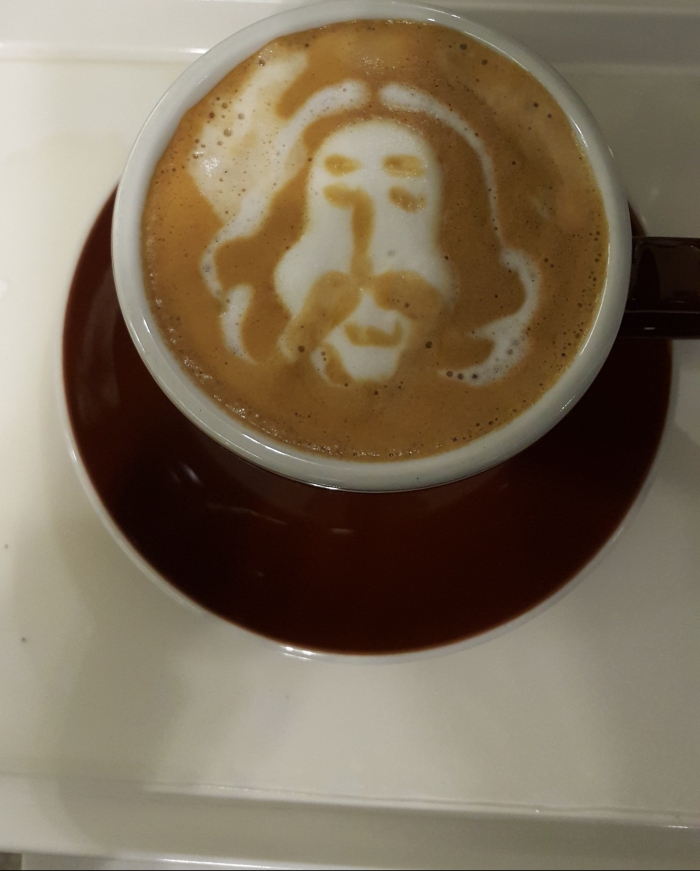 Cooking is also an art. In Italy we call it Arte Culinaria (Culinary Art). Even making coffee latte can be a work of art. At a coffee shop of Daegu in Korea, I saw the shape of a heart drawn on the latte. The barista was also able to draw Jesus’s face on it.
When I learned a special martial art called Shintaido in Japan, the teacher used to write Chinese characters similar to those I saw in Korea yesterday. At that time, he said that writing by brush was like a meditation for him.
Not only music, poems, and writing but also life is an art. It depends on how you live, creatively or not. As for me, yesterday I learned something new about art and human heart.
Ettore Grillo, author of these books:
– A Hidden Sicilian History
– The Vibrations of Words
– Travels of the Mind
http://www.ettoregrillocom.wordpress.com
http://www.ettoregrillo.wordpress.com
http://www.amazon.com/author/ettoregrillo